Jacks or Better Power Poker is an online video poker UK which obviously says all by its name. Nevertheless, it is a game made by Microgaming, a recognized software developer. We have seen lots of such games and are going to investigate this game and leave a fair comment on this free video poker.

This particular video poker is played with a standard deck and has no wild cards. At the start of the game, you are offered to adjust the bet, because it will have a fixed value during further turns. You should press the Deal button to start the game. Therefore, you will be dealt five cards which can be discarded or held, according to the combinations may occur. Basically, your goal is to build the strongest hand possible. When you’ve made all the decisions, you should press Draw and see what you’ve got. You will be dealt four hands drawn from separate decks and the cards you hold are going to appear in each hand. Different combinations will stack. The best possible combo is the Royal Flush and is paid 4000 at its maximum. The minimal combo is the Jacks or Better.

We can’t see any peculiarities implemented into this game as some of the video poker games have. The only available bonus round is the ‘Double’ option, which offers to double up you winning by picking a random card from four down-faced once. The aim is to reveal a card which has a higher value than the dealer’s card. It is not the only Microgaming’s video poker that shares this feature.

An utterly average online video poker example, although it really applies some tension when you have four separate hands at once. Not the best one you can play in an online casino, but worth trying. 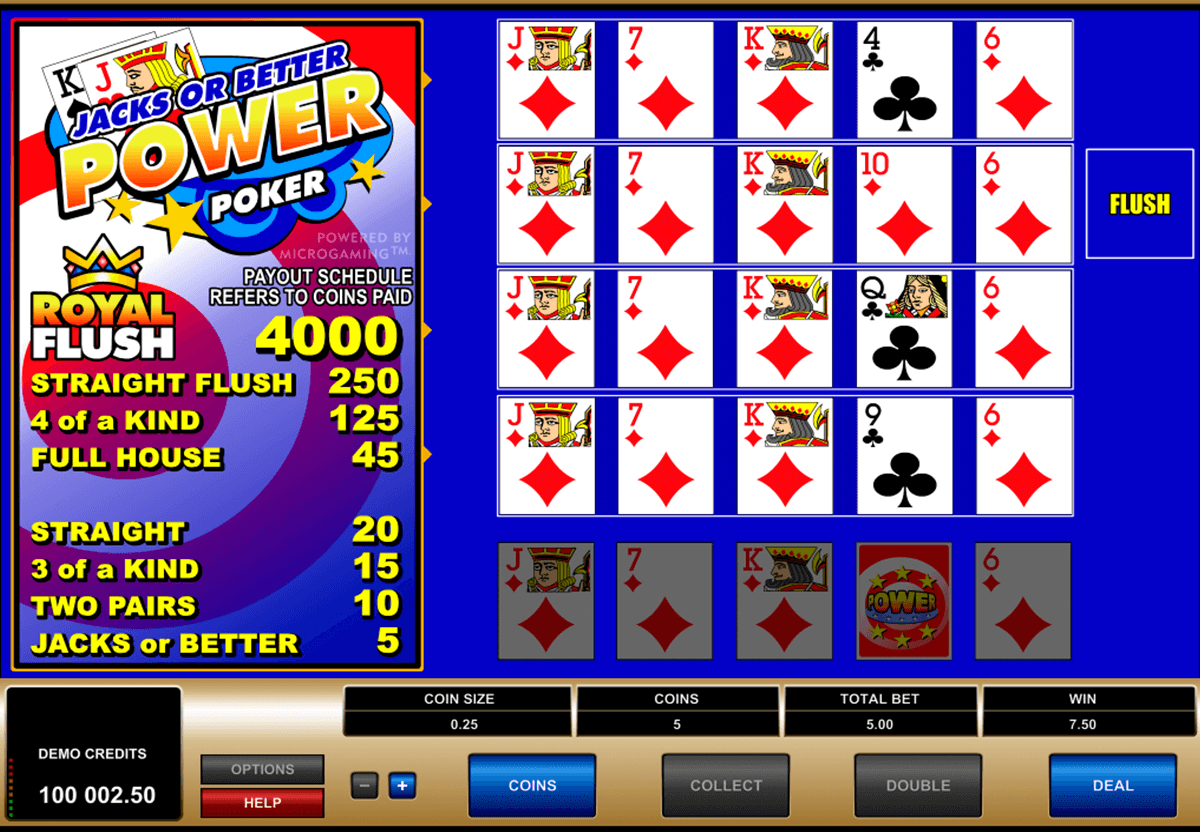 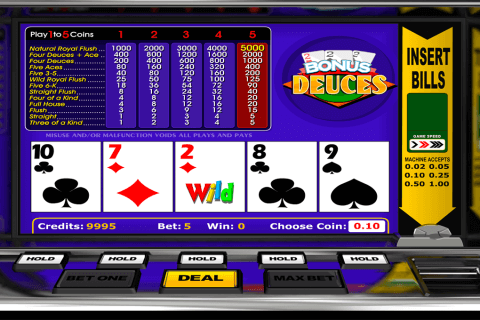 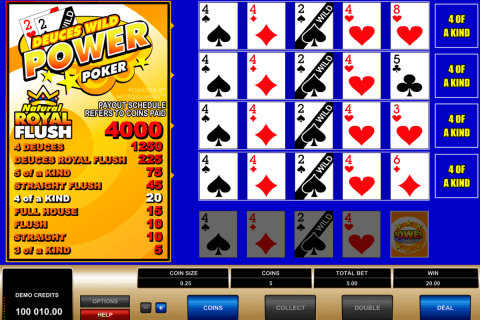 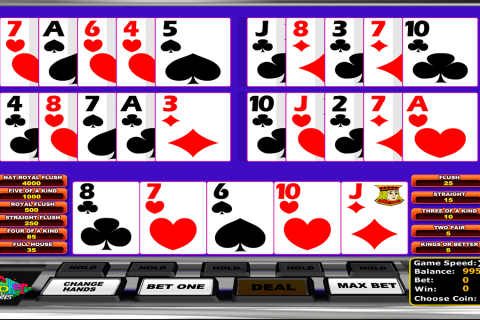