The developers from WMS software like to realize different popular tales and stories in their video slot. They have recently developed Giant’s Gold slot machine game in which the tale about Jack and the bean tree is described. The video slot attracts players’ attention with an unusual design of the playground and with special symbols and extra features. In contrast to other WMS slot games online, Giant’s Gold has two different screens. Both of them have 5 reels, but the principal screen contains four rows of symbols and a gigantic screen includes 12 rows of icons.

British gamblers will be surprised by the number of active pay lines which number reaches 100 lines. A player is allowed to change the number of lines among 12, 40, 60, 80 and 100 pay lines. Like all other new video slots online for money, the described game provides players with such gambling tools as special symbols, free games, and more peculiarities.

The playing symbols on both screens are presented by a bag with fairy beans, a goose, a cow, a musical instrument, a giant, a young lady, letters and numbers. In all UK casinos players usually, find special symbols and Giant’s Gold slot game presents its own advanced characters. The Wild element is presented by a bean tree. This symbol operates in the same way as in other play slot machines. It can replace all other icons except for the Feature element.

The Feature symbol of the game provokes big curiosity. First of all, it is described by the image of a golden egg. It can occur on the reels 1, 3, and 5 of the main playground, and on the similar reels of the colossal screen. A player can expect from the Feature symbol the launching of free spin bonus. Three golden eggs on the playing screen trigger 5 free games. Moreover, when forty Feature elements appear on the playground, a player will get 100 free rotations!

There is no doubt that the described Giant’s Gold online slot machine game can become the favourite virtual casino for many gamblers. Big quantity of prize spins and the possibilities of special symbols can help players to achieve great rewards. 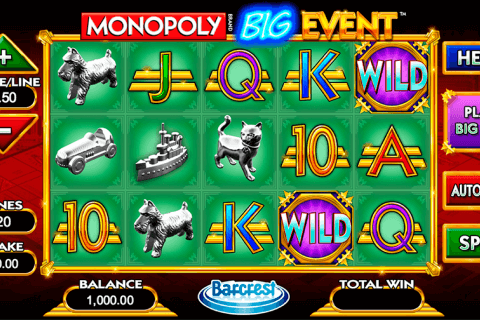